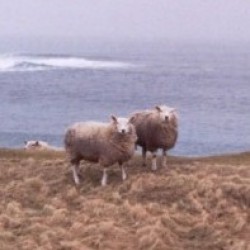 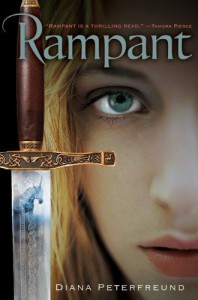 Given the series is called “Killer Unicorns,” I expected a little more campy action and a little less sitty-talky-nothing-doing. Explore teen-age sexual politics and nefarious corporations as much as you want, but for gosh sakes, put in some frickin’ unicorns! And make them scary! And describe the damn things a bit more so I’ll remember they’re scary!

And, as is often the case, this book suffers from its weak first-person narration. There are other characters with better personalities and back-stories, and arguably a lot smarter as well, but everything gets filtered through one of the least exceptional people in the story (who is continually told she IS exceptional).

If nothing else, third-person narration (or some combination of first and third, even) would have allowed us to experience the horror of a unicorn attack from the POV of a desperate farmer or a lonely hitchhiker, which would have been way awesomer. As it is, everything seems to happen at too far of a remove.

I'm happy to overlook non sequitur plotting and poor character development if it's fun, but this was a case study in missed opportunities. Still....killer unicorns!